With a population of approximately 30,000 people, Nunavut offers a variety of private and public programs for drug rehabilitation, alcohol treatment and detox. Use this page as your gateway to Nunavut quick facts, emergency numbers relating to drug abuse, alcoholism, and detox services as well as how to locate your health authority.

Here are some events on the timeline. 1973 Inuit Tapirisat of Canada (ITC) begins a study of Inuit land use and occupancy which eventually demonstrates the extent of Inuit aboriginal title in the Arctic. This study forms the geographic basis of the Nunavut Territory. 1976 ITC proposes the creation of a Nunavut Territory as part of a comprehensive settlement of Inuit land claims in the Northwest Territories. The Nunavut Proposal calls for the Beaufort Sea and Yukon North Slope areas used by the Inuvialuit to be included in the Nunavut Territory. That same year, due to development pressure in the Beaufort Sea area, the Inuvialuit split from ITC to negotiate a separate land claim agreement. Also that same year, a federal electoral boundaries commission recommends dividing the Northwest Territories into two federal electoral districts: Nunatsiaq and the Western Arctic. This recommendation is put in effect for the 1979 federal election. 1980 At its Annual General Meeting in October, ITC delegates unanimously pass a resolution calling for the creation of Nunavut. Source: http://www.nunavut-physicians.gov.nu.ca/history.shtml 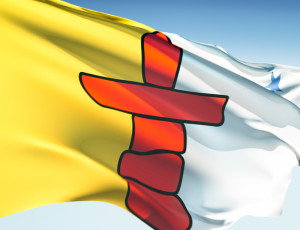 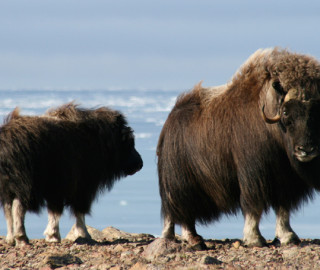