The Calgary Zone is an area centred on Calgary, Alberta. The Calgary Zone is a major transportation hub for southern Alberta, Saskatchewan, eastern British Columbia, and parts of the northern United States. The zone consists of the City of Calgary and stretches west to Lake Louise and the BC border, North to Didsbury, south to Claresholm, and east to Gleichen.

A map of the Calgary Zone shows the various municipalities within the region.

With a population of approximately 1.2 million people, Calgary offers a variety of private and public programs for drug rehabilitation, alcohol treatment and detox. Use this page as your gateway to Calgary quick facts, emergency numbers relating to drug abuse, alcoholism, and detox services as well as how to locate your health authority.

The fort happened at Calgary because of whisky and the Indian tribes abused by its trade, but Calgary formed around quite different purposes. The rich grassy foothills to the west, fescue grasses in the rolling land to the northeast, the vast grass prairie to the east and southeast. The robe trade had removed the free roaming buffalo from the grasslands, so the Canadian government decided to use grass and cattle as a first stage in the process of colonization and opened the territory to ranching. The railway came in 1883 and pioneer ranchers poured in from across Canada and beyond. In 1884, with a population of 4,000, Calgary was officially proclaimed a city. Its first boom was on. Source: http://www.incalgary.com/History%20of%20Calgary.htm 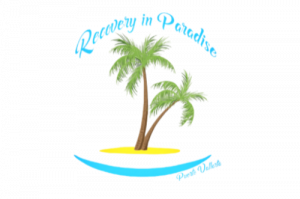 At Recovery In Paradise, we know that every recovery journey is different. We specialize in the treatment of substance abuse and help men learn how to live a life without drugs and alcohol.